The Lagos State Traditional Medicine Board (LSTMB), has expressed its readiness to work with the United State Agency for International Development (USAID) to further prevent the transmission of HIV/AIDS from affected mothers to their babies.

The Chairman of the Board, Professor Adebukonla Adefule-Ositelu, made this known on Thursday when representatives of USAID paid a visit to LSTMB office at Onikan, Lagos.

She acknowledged the decision of the International Agency to complement the efforts of the State Government in ensuring that all residents are hale and healthy, especially pregnant women and newborns, in consonance with the Health and Environment pillar of the T.H.E.M.E.S. Agenda.

The Chairman informed that although LSTMB had been at the forefront of providing needed support to registered Traditional Birth Attendants (TBAs) over the years in curbing the transmission of HIV from mothers to children, there is a need to still capture newborn deliveries taken in some parts of the State without recourse to any health facilities.

Her words: “The cooperation from USAID to eradicate mother-child transmission of HIV/AIDS is a welcome development. For the Traditional Birth Attendants, it is a mandatory thing that every pregnant woman that comes around must be tested for HIV”.

“One thing we are also looking at is to have a lot of media advocacy to educate people. We are not going to be forcing mothers to have a test but we would be encouraging them so that the mother and child, and even husband, can be safe by knowing their HIV status. You don’t even need to pay for this test as it is free”, she revealed.

The Prof. commended USAID for not limiting its collaboration to modern-day medicine practice alone but also including traditional practitioners in its plans and programmes, stressing that the gesture is a pointer to the firm belief of USAID in the potency of traditional medicines.

“This is because the world is now more focused on preventive and not just curative health which involves integrating Traditional Medicine with orthodox or conventional medicine. The essence of everything is to ensure the wellness of the citizens”, he averred.

The Registrar said that the Board is working assiduously to capture about 15,000 traditional medicine practitioners into the State’s register, just as efforts are in place to accredit both big and small scale trado-medical practitioners operating in Lagos State.

On his part, Mr. Kolawole Olatubosun, representing United State Agency for International Development (USAID) in Nigeria, disclosed that the visit to LSTMB, was to explore how to collaborate and prevent the transmission of HIV/AIDS from affected mothers to their babies.

According to him, “Not all babies are born in the orthodox and conventional hospitals and our mandate includes reaching such babies, who are born using Traditional Birth Attendants regulated by the Traditional Medicine Board, hence the need for us to strengthen our relationship with this agency in order to achieve our aim”.

Olatubosun underscored the importance of Traditional Birth Attendants in Lagos State towards achieving a zero HIV transmission between mother and child, noting that available statistics show that the number of child deliveries that occurred within hospital environments is less than half of the total number of children given birth to daily across the State. 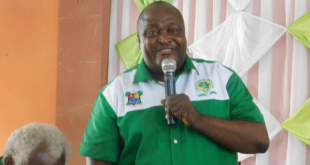